Although natural gas was the clear top U.S. energy producer in 2013, solar energy came in an exciting second place, with a jump of less than 6% generation in 2012 to a whopping 22% generation last year, (numbers provided by the US Energy Information Administration.)

When broken down by state, California is the clear winner in solar energy, who generated nearly half of the entire amount produced in the United States.  California is clearly on track to reach there mandated 33% renewable energy by the year 2020.  In addition, the Golden State is a leader in new natural gas power plants. 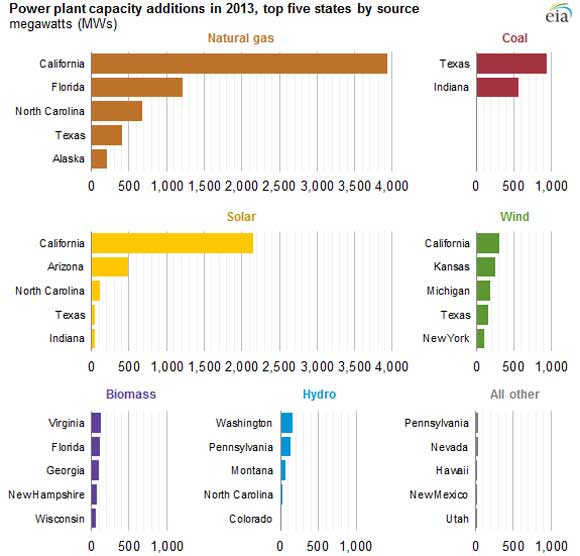 The solar industry is growing in strength throughout the country, as "nearly three-quarters of new utility-scale capacity in the U.S. was solar power," (Katherine Tweed, Green Tech Media.)  Along with the prosperity of solar, though, wind energy is projected to grow in 2014

Worldwide Energy, an energy service company, can get your business current with the renewable energies that are powering our country today.  Call our solar installation specialists today at 913.310.0705.