The world's largest "smart lighting" experiment is happening in Albertslund, Denmark, a European suburb of Copenhagen. The Danish Outdoor Lighting Lab, (or DOLL,) is a 1.5 square-kilometer area housing 18 different companies, 50 intelligent lighting systems, and 10 management systems.  Data from the lab shows that approximately one fifth of Copenhagen's electricity usage goes toward street lighting, (a fairly small number compared to the average city's street lighting consumption of 40% electricity usage.)  Researchers are looking for ways within the experiment to further reduce that number, as drastically as by 85%.  More than just wishing to cut annual city utilities, Copenhagen has hopes of being the first 100% carbon-neutral city in the world. 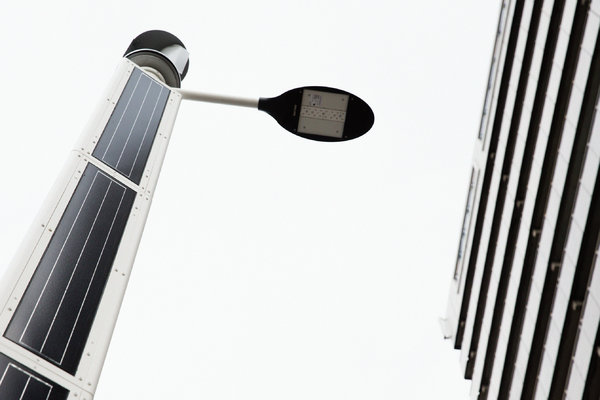 While switching street lights from traditional high pressure sodium to more efficient LED bulbs is a great start in reducing emissions, there is more that can be done.  A huge factor in the wasting of electricity by way of street lighting is unnecessary lights staying on all night long, whether they are being used by pedestrians/drivers or not.  The DOLL lab in Denmark is studying the best ways to illuminate streets only when needed, as well as the most efficient ways to turn off and on those street lights upon detecting activity.  The solution to this problem being used in the experiment is an IP address on each lamp that allows officials to monitor run time, efficacy, and power consumption.  This information is sent to a central hub monitored by technicians who are able to make necessary adjustments from their computers or smart phones.

The lighting technology being developed and perfected is highly intelligent and will not only reduce carbon emissions, but will save huge amounts of money on utilities from working more efficiently, while maintaining illumination standards for safety of residents.  To learn more about the project including an informational video, check out this article by Martin Denholm, on WallStreetDaily.com.