As the Royals begin to embark on what is sure to be an exciting, action-packed series with the Toronto Blue Jays in hopes of regaining their American League Champions title, we are taking a look at the tremendous levels of energy expenditure at your favorite baseball stadiums across the country.  According to a blog by ElectricChoice.com, “it often takes more than 30 million kWh to power a single MLB baseball stadium for a season, or more than 3,000 average American homes use in a year.”

This much electricity usage can cost near $1 million each season, sometimes even more for teams like our Royals who have continued into the postseason.  Between the thousands of lights, the massive jumbotrons, hundreds of television screens, restaurants, and so much more, (think carousel at the “Little K” or Kauffman Stadium’s beautiful, colorful fountains in the outfield,) energy usage can really add up quickly at our favorite ballparks. 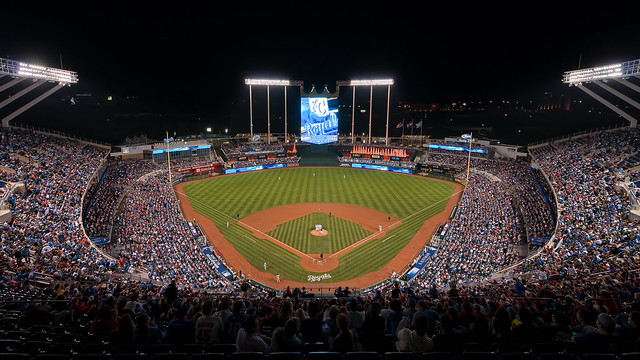 The MLB has made a huge effort to increase the efficiency of its ballparks and stadiums, thanks largely to a collaboration with the National Resources Defense Council and their Sports Greening Project.  The project is an effort to “examine everything ranging from their purchasing decisions to transportation choices, energy use, and waste management policies, looking for ways to reduce their environmental impact. And they’re encouraging fans to do the same online and in their stadiums and arenas,” (NRDC.)

Here are the current top ten most efficient MLB ballparks:

(For more information on each park, visit ElectricChoice.com.)